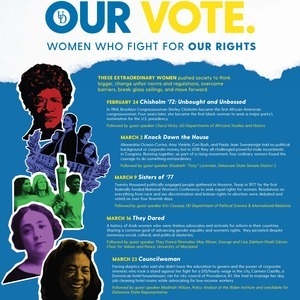 WOMEN WHO FIGHT FOR OUR RIGHTS

FREE & OPEN TO ALL

Students can enroll in WOMS291/HIST291 - a one-credit multicultural course associated with the film series.