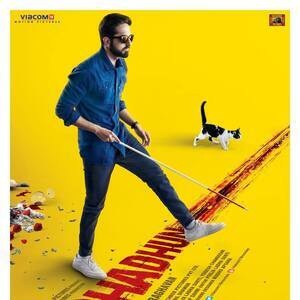 A series of mysterious events take place in the life of a blind pianist. Now he must report a crime that he never actually witnessed. This black comedy, crime thriller was co-written and directed by Sriram Raghavan; in December the film won Best Director and Best Screenplay at the 2018 Screen Awards in India. (From India, in Hindi, 138 minutes)