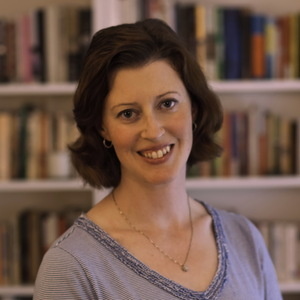 Young people between 5 and 44 are most likely to die from trauma, and the primary cause of death will be bleeding out. We have a range of technologies to control external bleeding, but there is a dearth of technologies for internal bleeding.  Following injury, platelets become activated at the injury site. We have designed nanoparticles that are administered intravenously that bind with activated platelets to help form platelet plugs more rapidly. We have investigated the behavior of these particles in a number of models of trauma. The particles lead to a reduction in bleeding in a number of models of trauma including models of brain and spinal cord injury, but there are engineering challenges to translating these particles towards the clinic that need to be considered.

Erin Lavik is a Professor of Chemical, Biochemical, and Environmental Engineering at the University of Maryland, Baltimore County (UMBC) as well as the Associate Dean for Research and Faculty Development in the College of Engineering and Information Technology. Dr. Lavik’s research focuses on engineering polymers to protect and repair the nervous system and treat trauma more broadly. The projects in the lab include developing intravenously administered nanoparticles to stop internal bleeding, drug delivery systems for diseases of the eye, and printing tissue models for high throughput screening applications.

Dr. Lavik received her bachelor’s, master’s, and doctoral degrees from MIT in Materials Science and Engineering. She has won a number of awards including the TR100 award in 2003 and the NIH Director’s New Innovator Award in 2010. She became a Fellow of the American Institute of Medical and Biological Engineers in 2014. She is also an Associate Editor at Bioconjugate Chemistry. Beyond her research, Dr. Lavik has developed classes including Applied Tissue Engineering where the students make and test artificial arteries and learn about the issues involved in translating the technologies from the bench to patients.