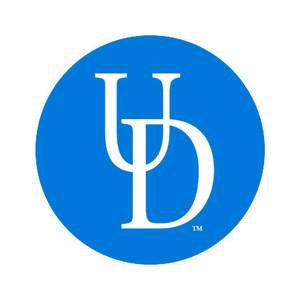 Compressive sensing has generated tremendous amounts of interest since first being proposed by Emmanuel Candes, David Donoho, Terry Tao, and others roughly a decade ago. This mathematical framework has its origins in (i) the observation that traditional signal processing applications often deal with the acquisition of signals which are known a priori to be sparse in some basis, as well as (ii) the subsequent realization that this knowledge could in fact be used to help streamline the signal acquisition process in the first place (by only taking the bare minimum of signal measurements
necessary in order to reconstruct the important basis coefficients only). The resulting mathematical theory has since led to dramatic reductions in measurement needs over traditional approaches in many situations where one would previously have reconstructed a fuller set of a given signal's basis coefficients only to later discard most of them as insignificant.

Though extremely successful at reducing the number of measurements needed in order to reconstruct a given signal, most standard compressive sensing recovery algorithms still consider the full set of basis functions for a given signal during the numerical reconstruction process. This leads one to ask a computationally oriented variant of the original question which led to the development of compressive sensing in the first place: why should one consider all possible basis coefficients during the numerical reconstruction of a given signal when one knows in advance that only a few of them will end up being significant? In fact, it turns out that one often does not have to consider a full set of basis functions in many situations, and so can reduce both the measurement needs *and* computational complexity of the signal reconstruction process to depend on the bare minimum of signal measurements necessary in order to reconstruct the important basis coefficients in many settings. This talk will discuss a class of numerical methods which do exactly this for signals that are sparse in the Fourier basis, as well as the extension of such techniques to much more general bounded orthonormal bases.

Mark Iwen earned a Ph.D. in 2008 from the University of Michigan in Applied & Interdisciplinary Mathematics. From September 2008 through August 2010 I was a postdoctoral fellow at the Institute for Mathematics and its Applications (IMA), and then moved to Duke University as a visiting assistant professor from September of 2010 until August 2013. He has been an assistant professor at Michigan State since the fall of 2013 where he holds a joint appointment between the Department of Mathematics and the Department of Computational Mathematics, Science, and Engineering. His research interests include computational harmonic analysis, mathematical data science, signal processing, and algorithms for the analysis of large and high dimensional data sets. To date he has been a PI on over 10 grants, published nearly 50 mathematics journal articles and conference proceedings papers.

on the corner of Academy Street & Lovett Avenue