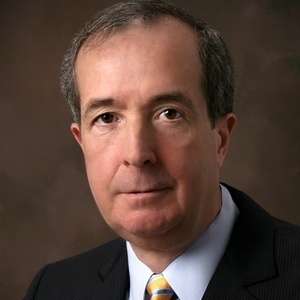 Title: "The Impact of Classical Physics on Communication Theory"

Most wireless communication theory – including the underlying theory for Massive MIMO – is based on overly simplistic models for the function of antennas and the propagation of radio waves. Communication theorists, for example, habitually call any squared quantity “power” irrespective of the units: non-dimensional, volts, amperes, bananas.

Traditionally engineers learn electromagnetic theory the way a physicist learns it: vector and scalar potentials, the method of separation of variables, and special functions in cylindrical and spherical coordinates. To educate my students better I have developed a graduate course “A Linear System Approach to Wave Propagation” where Maxwell’s equations are solved in Cartesian coordinates via space/time Fourier transform.

Thomas Marzetta is Distinguished Industry Professor at NYU Tandon School of Engineering, ECE Department, and Director of NYU WIRELESS. Born in Washington, DC, he received the PhD and SB in Electrical Engineering from Massachusetts Institute of Technology in 1978 and 1972, and the MS in Systems Engineering from University of Pennsylvania in 1973. Prior to joining NYU in 2017 he had three industrial research careers: petroleum exploration (Schlumberger-Doll Research, 1978–1987), defense (Nichols Research Corporation, 1987–1995), and telecommunications (Bell Labs, 1995–2017). At Bell Labs he directed the Communications and Statistical Sciences Department within the former Mathematical Sciences Research Center, and he was made a Bell Labs Fellow. He originated Massive MIMO, one of the cornerstones of fifth generation wireless technology. He is lead-author of the book “Fundamentals of Massive MIMO”.
Prof. Marzetta was elected a member of National Academy of Engineering in 2020. Additional recognition for his contributions to Massive MIMO include the 2019 Radio Club of America Armstrong Medal, the 2017 IEEE Communications Society Industrial Innovation Award, the 2015 IEEE Stephen O. Rice Prize, and the 2015 IEEE W. R. G. Baker Award. He was elected a Fellow of the IEEE in 2003 and he received an Honorary Doctorate from Linköping University, Sweden, in 2015.