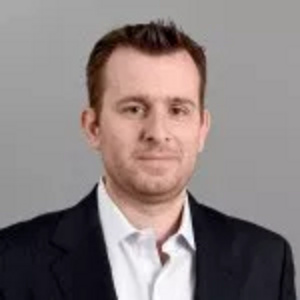 Title: Modeling and Controling of Human-Robot Interactin and Interfaces

This talk will focus on modeling and advanced control of robots that physically or cognitively interact with humans. This type of interaction can be found on devices that assist and augment human capabilities, as well as provide motor rehabilitation therapy to impaired individuals. The first part of the talk will present research on myoelectric control interfaces for a variety of robotic mechanisms. Results of a novel method for robust myoelectric control of robots will be presented. This work supports a shift in myoelectric control schemes towards proportional simultaneous controls learned through development of unique muscle synergies. The ability to enhance, retain, and generalize control, without needing to recalibrate or retrain the system, supports control schemes promoting synergy development, not necessarily user-specific decoders trained on a subset of existing synergies, for efficient myoelectric interfaces designed for long-term use. The second part of the talk will focus on a novel approach to robotic interventions for gait therapy, which takes advantage of mechanisms of inter-limb coordination, using a novel robotic system, called Variable Stiffness Treadmill (VST) developed in the HORC Lab. The methods and results of the presented approach will lay the foundation for model-based rehabilitation strategies for impaired walkers. Finally, results on a novel control interface between humans and multi-agent systems will be presented. The human user will be in control of a swarm of Unmanned aerial vehicles (UAVs) and will be able to provide high-level commands to these agents. The proposed brain-swarm interface allows for advancements in swarm high-level information perception, leading to augmentation of decision capabilities of manned-unmanned systems and promoting the symbiosis between human and machine systems for comprehensive situation awareness.

Panagiotis (Panos) Artemiadis received the Diploma and the Ph.D. degree in mechanical engineering from the National Technical University of Athens, Athens, Greece, in 2003 and 2009, respectively. From 2007-2009 he worked as Visiting Researcher in Brown University and the Toyota Technological Institute in Chicago. From 2009 to 2011, he was a Postdoctoral Research Associate in the Mechanical Engineering Department, Massachusetts Institute of Technology (MIT). He worked as an Assistant Professor in Mechanical and Aerospace Engineering at the Arizona State University since 2011, and then as associate professor until 2019, when he joined the department of mechanical engineering at the University of Delaware, where he is currently an Associate Professor and Director of the Master in Science of Robotics. He is the founder and Director of the Human-Oriented Robotics and Control Laboratory (http://horc.engineering.asu.edu/). His research interests include the areas of rehabilitation robotics, control systems, system identification, brain–machine interfaces and human–swarm interaction. He serves as Editor-in-Chief and Associate Editor in many scientific journals and scientific committees, three of his papers have been nominated or awarded best paper awards, while he has received many awards for his research and teaching (more info at http://www.public.asu.edu/~partemia/.). He is the recipient of the 2014 DARPA Young Faculty Award and the 2014 AFOSR Young Investigator Award, as well as the 2017 ASU Fulton Exemplar Faculty Award. He has the (co-)author of over 90 papers in scientific journals and peer-reviewed conferences, as well as 9 patents (3 issued, 6 pending).

on The Green, next to Brown Laboratory