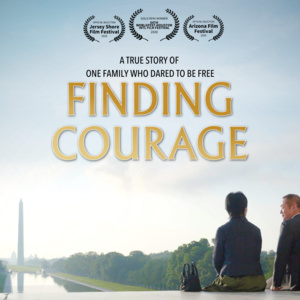 Join us for the screening of the film Finding Courage and a discussion with the Director, Kay Rubacek!

Finding Courage is the true story of a former Chinese journalist living in exile in the United States, desperately trying to reunite her broken family and get justice for the murder of her sister.

“This may be one of the most important documentaries we have ever received.”

As you may have heard, the Chinese government has been ramping up its crackdown on Uyghurs, Tibetans, House Christians, and Falun Gong practitioners within its borders. Amid its increasingly aggressive foreign policies, such as the takeover of Hong Kong, as well as its cover-up of the coronavirus, China has become front and center in the international arena.

This is a timely film that unravels the story of one family persecuted for their faith in China.