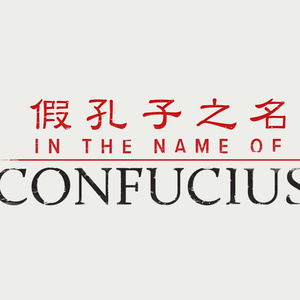 Free Movie Night: In The Name Of Confucius

Come out and join us for a free movie screening of In The Name Of Confucius in the Trabant Theater! Q&A with the Director of the film and other speakers to follow the screening!

▌Free Admission
Refreshments will be served.

▌Speakers
Doris Liu -- Producer, Director, Writer
Doris Liu is an emerging documentary filmmaker and an award-winning journalist with Mark Media, based in Toronto. A first generation immigrant, her passion is to tell compelling China/Chinese related stories that resonate in Canadian society and the West.

▌Introduction
In the Name of Confucius is the first documentary film exposing the growing global controversies surrounding the Chinese government’s multi-billion dollar Confucius Institute (CI), a Chinese language program attaching to over 1,600 foreign universities and schools around the world.

Featuring the exclusive personal story of a former CI teacher, Sonia Zhao, whose defection and complaint let to the first closure of a CI on a North American campus, and the unprecedented outcry against Canada’s largest school board, the TDSB, over its plan to open the world’s largest CI, the film examines the risks that the Confucius Institutes could pose to our society—a loss of academic integrity, violations to human rights codes, foreign influence, and even potential infringements on national security. Re-enactments star former Miss World Canada Anastasia Lin.

In the Name of Confucius has won a number of international awards and nominations, and seen successful screenings in 12 countries across 5 continents as of August 2018, including screenings in the parliaments of the United Kingdom and Australia.