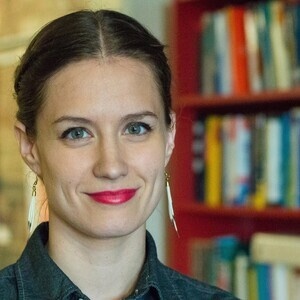 CANCELLED - Friends of the University of Delaware Library Annual Dinner

THIS EVENT HAS BEEN CANCELLED

Join us for the Friends of the University of Delaware Library Annual Dinner with a keynote by Rebecca Romney, rare book specialist, bookseller and TV personality from the History Channel’s Pawn Stars.

Throughout the evening, Romney will discuss how she has engaged a wide popular audience with the basics of book collecting and the rare book trade.

From starring on television to posting on social media, from co-founding a book-collecting prize to writing a book on books, her outreach attempts have been varied and experimental.

Rebecca Romney has built a career on building bridges between the small world of rare books and the larger cultural universe. Since 2011, she has appeared on the History Channel’s TV series Pawn Stars as a rare book specialist and a fan-favorite expert. Romney first managed a rare book gallery in Las Vegas before relocating to the east coast. She is co-founder of the rare book company Type Punch Matrix, and co-author of Printer’s Error: Irreverent Stories from Book History.