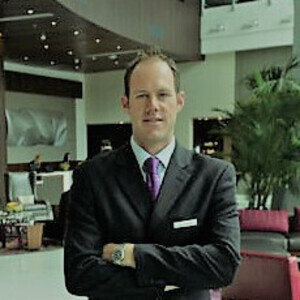 Erik Palmer has officially been appointed Managing Director of Park Central and WestHouse Hotels in New York City on September  23. With industry experience spanning over two decades, Mr. Palmer will lead the daily operations of the two HIGHGATE-managed properties.

Prior to his current position, Mr. Palmer also served as Managing Director of TWA Hotel for MCR, the sixth largest hotel owner-operator in the United States. In this role, Mr. Palmer carried out the operational logistics through opening of the new 512-room TWA Hotel at John F. Kennedy International Airport in spring of this year.

Erik’s previous experience to MCR was as Hotel Manager for the Gaylord Opryland Resort & convention center in Nashville, the largest non-casino hotel in the United States. During his tenure Mr. Palmer transformed the property into a top performing property in Marriott’s portfolio.

Other professional highlights include General Manager at the Courtyard and Residence Inn L.A. LIVE, ranked among the top five hotels in Marriott’s western region for guest satisfaction, and Director of Hotel Operations at the Newport Beach Marriott Hotel & Spa. Before that, he was the Director of Event Management at The Ritz-Carlton Hotel & Residences and JW Marriott at L.A. LIVE as well as at the New York Marriott Marquis, where he began his career as a Banquet Manager.

Mr. Palmer has a B.S. in Hotel, Restaurant and Institutional Management from the University of Delaware.