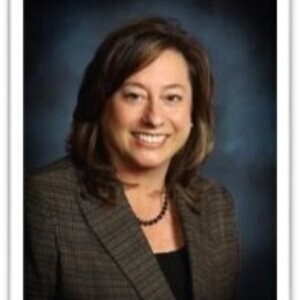 Paula Kelly, CCM, CCE is a 1992 cum laude graduate from the University of Delaware Hotel, Restaurant & Institutional Management Program and has spent her career in club management.  She is currently the General Manager/COO of Merion Golf Club in Ardmore, PA.  Merion has been host to more USGA Championships than any course in America and is home to some of its greatest moments. From Robert Tyre Jones, Jr.'s completion of golf’s elusive Grand Slam at the 1930 U.S. Amateur to Ben Hogan’s awe-inspiring performance and now legendary one-iron on the 72nd hole during the 1950 U.S. Open, the sculpted greens, fairways and treacherous bunkers of Merion have shaped the game.  Most recently host to the 2013 U.S. Open, Merion continues to challenge the world’s best golfers, has recently undergone a historic restoration of the famed East Course, and will be host to the 2022 Curtis Cup and 2026 U.S. Amateur.

Paula began her career at Baltimore Country Club in Maryland and was promoted to various positions during her six year tenure.  In 1997, Paula moved to Hobe Sound, Florida as Clubhouse Manager for the Jupiter Island Club, a private resort Club.   Upon completion of her Masters in Business Administrative from Palm Beach Atlantic College, Paula returned to the mid-Atlantic region to Philadelphia Cricket Club as Assistant General Manager.  Ten months later, she returned to Delaware as General Manager for Vicmead Hunt Club & Bidermann Golf Course in Greenville, Delaware where she remained for 15 years.  Paula continues to be involved in supporting the UD Hospitality Business Management Program by serving on the Leadership Advisory Board, appearing as a guest lecturer and through various club internship programs.  Paula is the Past President for the Philadelphia & Vicinity Club Managers Association and serves nationally on the Professional Development Committee for the Club Management Association of America.  She has earned her Certified Club Manager (CCM) and Certified Chief Executive (CCE) designations through the Club Management Association of America and is a member of the International Wine Society.