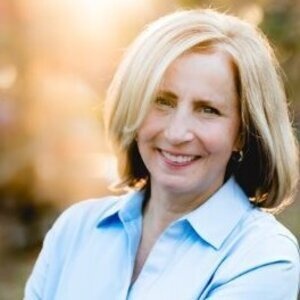 Hutchinson Lecture "Housing Crisis 10 Years Hence: What Have We Learned…or not?" with Susan W. Gates

"Housing Crisis 10 Years Hence:  What Have We Learned…or not?"

In September 2008, the housing giants, Fannie Mae and Freddie Mac, were on the verge of collapse.  Months earlier, the US government had pinned its hopes on the pair to “save” the housing market from the tsunami of mortgage losses caused by a near 30-percent decline in house prices.  Instead, the firms required a multi-billion dollar bailout that kept mortgage rates from skyrocketing and added stability to a very rocky time in our economic history.

Much has happened since.  Far-reaching Dodd Frank reforms arrived in 2010, with a regulation for every possible “who dunnit” in the crisis save the two largest:  Fannie and Freddie.  These two entities remain in a financial and policy freeze frame.  They are as solidly governmental as they were in 2008 when their boards and top management were ousted and the government regulator was given the task of overseeing the tarnished firms.  Over the years, Congress has tried to put forth a reform bill -- but is stymied at every turn by ideology, partisanship and the sheer immensity of the task.

What lessons have we learned in the long decade?  House prices are rising – even getting bubbly in some areas.  Deregulation is the talk of the town, and prudent underwriting is being whittled back in the name of affordability.  Is it déjà vu all over again?  What is different this time around?  What policy efforts need to be undertaken?  How will homeowners and communities fare?

A former 19-year Freddie Mac employee and vice president of public policy, Susan W. Gates is Senior Policy Advisor to Virginia Tech’s Global Forum on Urban and Regional Resilience and capstone advisor for Georgetown University’s Master of Professional Studies in Real Estate.  She is the author of Days of Slaughter, Inside the Fall of Freddie Mac and Why It Could Happen Again (JHUP 2017).

A former Presidential Management Intern, Susan Wharton Gates served for five years as a budget examiner at the Executive Office of the President, Office and Management and Budget.  In 1990, she joined Freddie Mac as an economist.  Over the course of a 19-year career, she worked in a number of different areas, including financial research, mortgage credit risk, government relations and was later made vice president of public policy. In that role, Susan managed a team of public policy professionals, developed CEO Congressional testimony, and coordinated the management of corporate reputation risk.

Since leaving Freddie Mac in 2009, Susan founded Wharton Policy Group, LLC, which provides policy and regulatory analysis, advocacy and other consultant services to leaders of major institutions.  She is the author of Days of Slaughter: Inside the Fall of Freddie Mac and Why It Could Happen Again (Johns Hopkins University Press, 2017), a cautionary tale of the ideology, politics and policies that contributed to the demise of her former employer and sounds an alarm for urgent policy reform.

Susan is presently senior policy advisor to the Global Forum on Urban and Regional Resiliency at Virginia Tech, where she has taught graduate-level classes in business ethics, normative theory, public administration, budget and managerial skills. Susan is also a capstone advisor for Georgetown University’s Masters in real estate program.

The Hutchinson Lecture in Macroeconomics, which is sponsored annually by the Department of Economics, was established in 1990 to honor the distinguished academic career of the late Harry D. Hutchinson, a professor of economics who taught at UD from 1959-89.