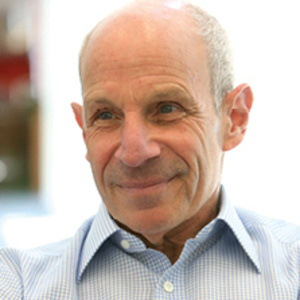 "The Power of We: Lessons for the Hospitality Industry and Life" - Jonathan Tisch, Lerner College Tyler Lecture Series

Jonathan Tisch is co-chairman of the board of Loews Corporation and Chairman and CEO of Loews Hotels & Co.

Under his leadership, Tisch engineered Loews expansion and emergence as a leading hotel company by infusing the properties with a corporate culture that places a high value on partnerships that empower team members, satisfy customers, contribute to communities, and improve the bottom line.

Nationally recognized as a leader of the multi-billion dollar travel and tourism industry, Tisch founded and served as Chairman of the Travel Business Roundtable, and now serves as Chairman Emeritus of its successor organization, the United States Travel Association.

Tisch is also committed to a vibrant tourism industry in NYC, where for nearly six years he served as Chairman of NYC & Company, the city’s official tourism marketing agency. Concurrent with his national efforts to help stimulate travel and tourism in the aftermath of September 11th, Tisch served as Chairman of New York Rising, which played an instrumental role in reviving tourism and the local economy. In recognition for his leadership and civic involvement, Crain’s New York Business named him to their Hall of Fame, recognizing individuals who have transformed the City in both their professional work and in their civic and philanthropic activities. Crain’s has previously named Tisch one of the “Top Ten Most Influential Business Leaders”.

Jonathan is the author of three bestselling books: The Power of We: Succeeding Through Partnerships; Chocolates on the Pillow Aren’t Enough: Reinventing the Customer Experience; and Citizen You: Doing Your Part to Change the World. He was the host of the Emmy-nominated television series, Beyond the Boardroom.

Tisch is a champion of corporate responsibility. He served as the vice-chairman of The Welfare to Work Partnership, and currently serves as Vice Chair of the Board of Trustees for Tufts University, where he is the naming benefactor of the Tisch College of Civic Life. He was instrumental in bringing Super Bowl XLVIII to the region and served as co-chair of the historic 2014 NY/NJ Super Bowl Host Committee. He is a co-owner of the 2007 and 2011 Super Bowl Champions New York Football Giants.

The Chaplin Tyler Executive Leadership Lecture Series brings leaders from the business, non-profit and government sectors to the University of Delaware campus to share their experiences and insights with students, faculty and the business community. Several times each year, the Lerner College’s Graduate and Executive Programs office invites these leaders to spend a day engaging in an open exchange of ideas and perspectives.

The series, which is supported by the Chaplin Tyler Endowment Fund, is dedicated to the memory of Chap and Elizabeth Tyler, their commitment to education and their determination to help young people achieve success in the business world.