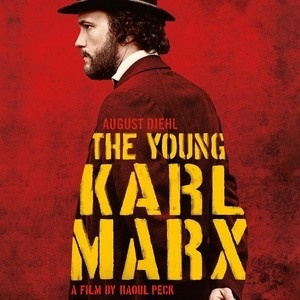 While in his 20s, Karl Marx struggles to establish himself as a writer. In 1844 Paris, he meets Friedrich Engels, who is investigating the birth of the British working-class. Engels provides the last piece of the puzzle to Marx’s vision of the world. Together, between censorship and repression, riots and political upheavals, they lead the labor movement during its development into a modern era. Directed by Raoul Peck (I Am Not Your Negro), this film retells the origin story of modern communist thought. (From France, Germany, and Belgium; in German, French, and English; 118 minutes)