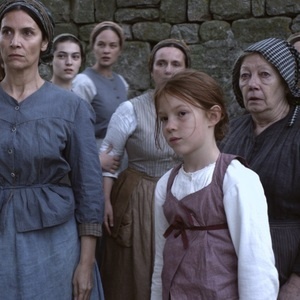 After President Louis Napoleon Bonaparte was crowned Emperor Napoleon III, a bloody campaign against his opponents began. In some villages the adult male population was removed, leaving women and children to fare for themselves. Marine Francen’s accomplished first feature uses this historical context and the true story of a man who wandered into a village exclusively occupied by women to explore female desire, solidarity, and resilience. Introduced by Dr. Deborah Steinberger. Presented in French, with English subtitles.