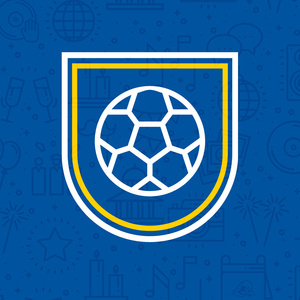 Inside Soccer: Twin brothers David and Michael Kammarman, Class of 1993, both have careers in professional soccer. David is a global scout for the Los Angeles Football Club in Major League Soccer, while Michael is press officer for the U.S. Men’s National Team. Join us for a conversation between FOX Sports’ studio host Rob Stone and the Kammarman brothers, followed by a Q&A.

Registrants will have the chance to submit questions for David and Michael prior to the event.

Bios:
Michael Kammarman has been with U.S. Soccer as the press officer for the U.S. Men’s National Team since 2001, working alongside the top players and coaches in the United States for two decades. He has managed the team’s media relations through four World Cups and more than 15 international tournaments and 300 matches overall. After volunteering for the 1994 World Cup in the United States, he began a career in communications in 1996 with D.C. United. During his four seasons, the team won three MLS Cups and the U.S. Open Cup. He also spent 18 months at ESPN, doing soccer research and assisting on match productions for the international network.

David Kammarman has worked in professional soccer for most of the last 25 years including stops in Washington, D.C., Chicago, New York, Atlanta and Los Angeles. He's been fortunate to work with who can be considered the two best coaches in U.S. soccer history, Bob Bradley and Bruce Arena, as well as legendary players such as David Beckham, Landon Donovan and Gareth Bale. In what has been quite an unusual career path, he began as a media relations consultant before moving on to equipment manager, assistant coach, director of soccer operations and now his current role as Global Scout for LAFC in Major League Soccer. He also spent time as an on-air researcher for ESPN, working 20 matches during the 2006 FIFA World Cup.

Both Blue Hens are natives of Laurel, Md., and graduated with a BS in Political Science in ’93 before together they spent the better part of two years backpacking across the world.

Rob Stone hosts FOX Sports’ studio coverage of soccer (including MLS, FIFA, Copa, European leagues), college basketball and college football, (including the network’s Saturday pregame show BIG NOON KICKOFF). He is the lead play-by-play announcer for FOX Sports’ coverage of the Go Bowling! Professional Bowlers Association (PBA)Tour on FOX and FS1 and was a former WWE 24/7 Champion. He has been a sideline reporter, traveled the world for games, and has quickly become one of sports television’s most versatile and respected personalities.