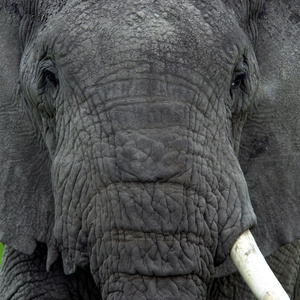 Wildlife Conservation, Anti-Poaching and Illegal Wildlife Trafficking in the Democratic Republic of Congo

Adams Cassinga, 2017 Nelson Mandela Washington Fellow alumnus and honorary park ranger and wildlife crime investigator, will discuss the relevance of the world's attention to wildlife conservation and anti-poaching in the Democratic Republic of Congo. He will discuss actions that ordinary citizens of the world can take to ensure that future generations benefit from the wealth of Congolese fauna and flora. He will discuss the subject using concrete examples of the work he is doing with his organization "ConservCongo", through direct intervention tactics and by addressing root causes of poaching and wildlife trafficking:  hunger and poverty. The presentation will also highlight the challenges facing the world's most diverse ecosystems. Speaking from frontline experience, he will also share the ray of hope that still exists in saving the African natural heritage.

After the presentation, the College of Agriculture and Natural Resources will host an ice cream reception.

Adams Cassinga is an environmentalist, social entrepreneur, civic leader, writer, and public speaker from Democratic Republic of Congo, Africa. After running a successful mining consultancy business for seven years, he decided to dedicate his career to protecting the Congolese ecosystem.

He is currently the founder and CEO for ConservCongo, a nature conservation-aligned NGO which fights poaching, promotes scientific tourism and environmental conservation through education. They fight illegal wildlife trafficking by infiltrating gangs and networks of traffickers; organize sting operations to make arrests; and then make sure that justice takes place and there is no corruption in the cases. Cassinga’s efforts include empowering park rangers through specialized training and logistic support and initiating community subsistence farming projects to curb poaching and ensure food security.

Adams is a former investigative reporter with the South African media. He was shot three times while investigating a story in 2006 and was a recipient of the Caxton's "No guts, no story” award for showing courage in the face of danger.